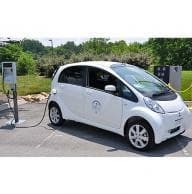 ABB, a leader in power and automation technology, has won a contract for the development of a nationwide electric vehicle fast-charging infrastructure in the Netherlands.

The ABB group was selected by Fastned to supply chargers to more than 200 electric vehicle fast-charging stations, bringing an EV fast charger within 50km of all of the country’s 16.7 million inhabitants.

Each of the more than 200 Fastned stations along Dutch highways will be equipped with several multi-standards fast chargers, such as the 50kW Terra 52 and Terra 53 models.

These are capable of charging electric vehicles in 15-30 minutes.

The first ABB Terra fast chargers are due to be delivered in September 2013. Construction of the Fastned stations, which will have solar canopies, is expected to be completed by 2015.

To date, the Netherlands is the most populous country to roll out a nationwide fast-charging network.

Fast-chargers will be located a maximum of 50km apart along all highways, and because of ABB’s multi-standard design, the network will be capable of serving EVs offered by all major car brands from Europe, Asia and the US.

Fastned is a Dutch start-up founded in 2011 by Bart Lubbers and Michiel Langezaal to realise a nationwide charging infrastructure.