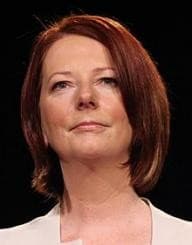 Business and industry groups have expressed concern at the federal government proposal to strip $1 billion in tax concessions from Australia’s biggest companies as part of its new jobs package.

While the Australian Industry Group welcomed the package of measures as a whole, it expressed reservations about cuts to R&D tax concessions for very large business.

The $1 billion “Plan for Australian Jobs’’ – which the government estimates will deliver $1.6 billion a year in extra work for industry – will be funded by the cuts to research and development concessions for companies with a turnover of $20 billion or more.

Ai Group chief executive Innes Willox said the package of measures announced in the Industry and Innovation statement is a welcome step in building the strength and diversity of the Australian economy.

“The measures will lift the opportunities for domestic business in both local and export markets, he said. “They will stimulate innovation, including by establishing better links between businesses and Australia’s very strong research capabilities; and, further progress the critical task of strengthening the capabilities of Australia’s small and medium sized enterprises.”

But denying access to the R&D tax incentive for such businesses may run counter to some of the objectives behind the industry and innovation statement, Mr Willox said.

He said the AiGroup would try to negotiate “a sensible outcome’’ before the legislation was presented to parliament.

Prime Minister Julia Gillard has defended the move as a "tough but responsible choice". She said the "largest and most profitable" companies don't need a tax break for innovation they would undertake anyway.

The Minerals Council of Australia did not expect the loss of the incentive would be financially detrimental but would fuel concern from international investors about the stability of Australia’s tax arrangements, as would plans to embed public servants in companies.

Council chief executive Mitch Hooke said the mining sector had already engaged in extensive consultation on the system through the Cutler Review in 2008, which only concluded in mid-2011 and was now faced with further changes.

Other measures announced in the government package include:

But Mr Anderson questioned whether it represented value for money for taxpayers as it offset damage done to industry by other government policies.

The Greens slammed the measures as “lacking teeth” and called for the mandated use of Australian goods and services.

Ms Gillard rejected this as protectionist and said industry had to adapt to the dollar, which would remain high for the foreseeable future.

ASI Chief Executive, Don McDonald urged the government to legislate the changes “as soon as possible.”

The Australian Workers’ Union also welcomed the package, which would boost manufacturing by offsetting pressure from the high Australian dollar and shrinking global demand.