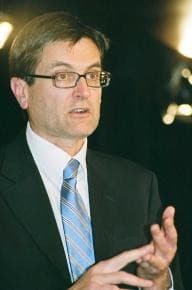 The legislation is designed to help Australian firms win work on large domestic projects and in global supply chains.

Under the legislation Australian Industry Participation (AIP) Plans will be required for all projects with a capital expenditure of $500 million or more.

The new Bill will also establish a new Australian Industry Participation Authority to ensure Australian businesses have access and support in winning business from major projects.

Businesses that refuse to comply with AIP requirements and provide fair access to Australian suppliers will face strengthened compliance provisions.

The new Authority will also be able to seek court orders to ensure compliance with the legislation.

The Minister for Industry and Innovation, Greg Combet, said the government is inviting the public and stakeholders to make submissions on the proposed legislation.

“This legislation demonstrates the Gillard Government’s determination to back Australian firms, making it easier for them to win more work on Australia’s strong pipeline of major projects,” Mr Combet said.

“Australian firms have indicated that multinational developers undertaking large-scale projects in Australia often bring their established supply chains with them rather than giving work to local suppliers.

“This means Australian manufacturing, construction and service businesses are missing opportunities to grow and to create new jobs.”

Written submissions on the draft legislation close on April 12.