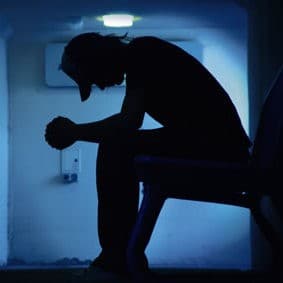 If you are a “Fly-in Fly-out” (FIFO) worker you’re more likely to suffer from depression, new research shows.

Latest research from Edith Cowan University, WA, found that FIFO workers suffer from depression at more than twice the rate of the general Australian population.

Researchers surveyed 629 WA FIFO workers and found that 28 per cent exhibited significant signs of depression, compared to just 13 per cent of the general population.

FIFO workers also exhibited higher rates of stress and anxiety than the general population and non-FIFO mining workers who live in remote and rural areas.

Lead researcher Philippa Vojnovic from ECU’s School of Business said this highlighted the need for robust support systems to be in place at FIFO workplaces.

“There have been anecdotal reports that rates of suicide is higher among FIFO workers,” she said.

“While there are no statistics available on the rates of suicide in the sector, depression is clearly a risk factor for suicide.”

Scott, (who requested his surname not be used) has worked as a FIFO worker in the mining industry for the past six years.

In 2014, suffering from depression he was admitted into a hospital mental health unit.

“I think the main things that contributed to my issues were the isolation from friends and family, the long roster and my fear that if I admitted that I was struggling I could lose my job or co-workers would think less of me,” he said.

“Companies need to inform their workers that it’s okay to talk about mental health and that you’re not going to be fired over it because that’s what a lot of other guys think.

“I tell my mates and I ask them about their mental health and support them too. I have now learnt how to talk about what I’ve been through because talking helps.

“When I told my supervisors about my situation they were incredibly supportive.”

Ms Vojnovic said the study also identified certain groups within the FIFO sector that were particularly at risk of depression.

“Younger workers, aged between 18 and 29 were twice as likely to suffer from depression as their older colleagues. Additionally, workers with a university degree were half as likely to experience depression,” she said.

“This isn't about blaming resource companies, it's about helping people who are struggling in silence.”

Ms Vojnovic presented the results of her research at the University of WA last week.